Image and Memory in Post-War Lebanese Art: In This House (2005)

In this study, contemporary artist Akram Zaatari’s film In This House/Fi Haza Al Bayt (2005), discussing the Lebanese/Beirut Civil War around the crisis of representation, whose political representation has been rejected in the historical context, has been examined in the context of space, image and memory. The connection of art with visibility and time through image has been discussed through the partnership/ relationship between image and memory. The criticism of the Lebanese state’s amnesic official narrative, as well as the defense of the experienced war history, has been analyzed through a letter that is the official witness of the war, its main argument and effects on collective memory. It has been stated through the works of Zaatari that mental and sensual processes cause the reproduction and repetition of space, and the produced space to gain objectivity of the collective memory. Zaatari’s photographic-videos and films are representing formal and conceptual coherences that are-addressing the issues such as the denial of the chaotic past, regional conflicts, Israeli attacks, national resistance, memory, displacement, and the production/circulation of wartime images from a political and ideological perspective. It has been demonstrated through its discussions that it has the tendency and power to overturn neoliberal denial policies and the state’s amnesic official narrative/history. 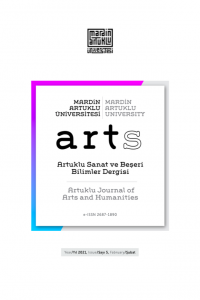