This study discusses the power created by the gender roles reconstructed in the nineteenth century and the relationship of this power with ressentiment through August Strinberg's play Mademoiselle Julie. The connection between the power relationship of positivism, the theory of evolution and social Darwinism, which are important scientific discoveries of the period, with play is emphasized, and the formation of ressentiment has been tried to be understood in the context of gender roles. In this context, the formation of the ressentiment has been examined on the basis of Hegel's Master-Slave Dialectic, Nietzsche's Master-Slave Ethics and Beauvoir's gender approach. The concepts of revenge and envy that constitute the ressentiment as a result of the relationship between gender and power have been examined. In the play, it was concluded that the Count represents the upper authority, Kristin's representation of the social perspective, and are the means that form the ressentiment. The concepts of the transcendent and immanent of Beauvoir, the conflict of social classes and the master-slave relationship have been determined both between Jean and Julie and their relations with the Count. Based on the view that Hegel is the main factor that constitutes the master-slave dialectic painter, Nietzsche's view that the master-slave morality can be in the same body, it has been concluded that the painter is in one body for both Julie and Jean in the context of the power they want to establish on each other in the play. 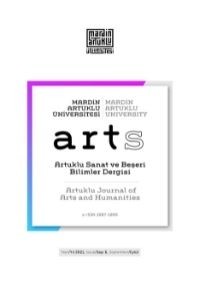 ARTS: Artuklu Journal of Arts and Humanities is licensed under a Creative Commons Attribution-NonCommercial 4.0 International License.